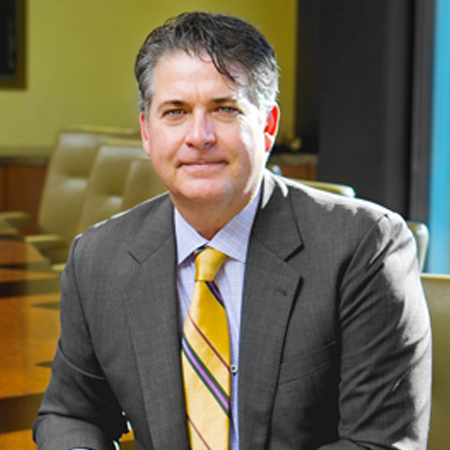 David has over 25 years of experience representing clients in complex, high-stakes business and IP litigation matters before district courts throughout the United States, including in California, Texas and Delaware.  He has been recognized as one of the best intellectual property litigators in America by Best Lawyers in America, and has represented a number of well-known companies in litigation, including GE Lighting Solutions (f/k/a GELcore), Emcore, DIRECTV, Lending Tree, Mag Instrument, SAS Institute, Belkin, BestBuy, TCL Corporation, Yamaha Motor Corp., and ZTE.  David is currently representing a plaintiff in a two-patent case against Verizon Wireless in the Eastern District of Texas set for trial in December 2020 in which a nine figure damages claim is at issue.

David has a track record of creatively managing cases to successful outcomes for his clients. For example, David recently represented ZTE, a leading smartphone manufacturer, in an Eastern District of Texas patent litigation involving four patents relating to touch screen technology. The case was taken over from prior counsel nearly a year after its filing and a little over six months from trial. Within a month, David had identified two defenses that had not been previously identified by prior counsel—or by counsel for another leading cell-phone manufacturer—and that ultimately helped the case settle on extremely favorable terms to ZTE without having to file any IPRs before the one-year cut-off.  Recently, David also successfully represented a multi-national professional lighting company, in a nine-patent case in the Central District of California.  The plaintiff had been seeking nearly ten million dollars from the client during months of pre-litigation negotiations.  David was brought on as lead counsel when a complaint for patent infringement was filed and was able to quickly identify a number of targeted defenses that allowed his client to obtain a settlement on very favorable terms in just three months of litigation.  David represented the same company in contract dispute with one of its customers over a dispute that arose out of an order for custom lights the client had manufactured for its customer.  The customer was claiming that the lights did not meet its specification and was demanding over a $1M be refunded to the customer and that the client expend significant time and effort to make corrections to the delivered lights.  David brought a breach of contract action on behalf of his client, and the customer quickly dropped its demands and agreed to a settlement in which the client did not have to pay any money or make any repairs to the delivered lights.

David has also represented clients in connection with numerous post-grant proceedings, including over twenty inter partes review proceedings and ten patent interferences. Recently, David led a team of lawyers in the preparation and filing of seventeen IPR petitions on behalf of TCL Corporation. The petitions challenged the validity of five patents asserted by Ericsson against TCL in the Eastern District of Texas. All seventeen IPRs were instituted, the case was stayed, and four of the five patents were found invalid by the Board, thereby reducing potential exposure and simplifying the issues to be tried in the district court.

David is also active in the IP community; he is currently the Secretary of the LAIPLA and on its Board.  He co-chaired the 2014 and 2018 LAIPLA Spring Seminar Planning Committees and TechTainment 4.0 and 5.0 Planning Committees.  He has also been an active member of the Intellectual Property Owners Association’s U.S. Post-Grant Patent Office Practice Committee since 2013.

Activision Publishing, Inc. Provided IP counseling concerning various game titles and gaming technologies. Negotiated the resolution of a dispute with a vendor over a contract and IP rights.

AEC-Able Engineering, Inc. Acted as AEC-Able’s lead counsel in connection with the settlement of a potential interference that AEC-Able was preparing to initiate related to solar concentrator technology.

Aerielle Technologies, Inc. v. Belkin International, Inc., et al, (N.D. Cal.) Represented Belkin, Best Buy, and RadioShack in a two-patent case relating to portable FM transmitters. The case was favorably settled after the Court issued a claim construction order adopting several of the Defendants’ key positions advanced during the Markman hearing and after a number of significant admissions were obtained during the depositions of the inventors.

Big Baboon v. Dell, Inc., et. al, (C.D. Cal.). Successfully represented defendant UTi Worldwide, Inc. and UTi Services, Inc. in a patent infringement case brought by Quinn Emanuel on behalf of NPE Big Baboon. The action involved 18 defendants and multiple internet/software patents for managing and querying complex databases. The team was able to obtain an early dismissal on very favorable terms while the action continued for close to another year against other defendants.

U.S. v. IBM v. Cedars-Sinai Medical Center. Represented Cedars-Sinai against the United States Secretary of Energy and IBM in a six-year patent interference relating to a method for ablating tissue with an excimer laser. Also represented Cedars in two parallel Administrative Procedure Act cases filed in the Central District of California to successfully challenge a determination of the Secretary of Energy under 42 U.S.C. § 5908 that the U.S. Government owned the subject technology invented at Cedars-Sinai.

EOS GmbH Electro Optical Systems v. 3D Systems, Inc., DTM Corporation, and Compression, a division of Moll Industries, Inc., (C.D. Cal.). Defended 3D Systems in a patent infringement suit brought by EOS, a licensee of 3D Systems, against DTM Corporation, a corporation 3D acquired after EOS brought suit, and one of DTM’s customers. DTM was alleged to have infringed thirteen of 3D’s patents that arose from 3D’s development of a rapid prototyping technology known as stereolithography. DTM developed and sold a different rapid prototyping technology involving laser sintering of dry powder materials. After acquiring DTM, in a related action, 3D accused EOS of infringing patents directed to polymer materials used in laser sintering systems. After an on-site tutorial and a Markman hearing that lasted several days and involved percipient and expert testimony, the court issued an order construing the claims in a manner that foreclosed 3D’s infringement. The case settled shortly thereafter with a favorable, royalty-bearing settlement for 3D.

Global Communications, Inc. v. DIRECTV, (N.D. Fla.). Defended DIRECTV in a patent infringement action related to satellite reception and distribution systems brought by a well-known plaintiff’s lawyer. The case was successfully settled shortly after Mr. Randall obtained an expert report from the author of several key prior art references and damaging testimony from the inventors concerning the patentability of the asserted patent over that prior art.

Mag Instrument v. Play By Play Toys and Novelties, Inc., et al., (C.D. Cal.). Represented Mag Instrument in a trademark and trade dress infringement action. Shortly after all of the defendants agreed to a Preliminary Injunction, a favorable settlement was reached on behalf of Mag Instrument.

Meggitt-USA, Inc. Acted as Meggitt’s lead counsel in the settlement of a potential patent interference with supplier related to the supplier’s patenting of Meggitt’s proprietary fuel level sensor.

Sugen, Inc. v. The Regents of the University of California. Represented Sugen against The Regents in a patent interference involving the rights to an isolated and purified nucleic acid for Discodin Domain Receptor (DDR) protein. The Board entered judgment in Sugen’s favor following the preliminary motion phase.

Wontok, Inc. v. Advanced Network Laboratories Pte Ltd. (“ANTlabs”).  Lead counsel for ANTlabs in patent interference challenging the inventorship of ANTlabs’ patent related to network systems and methods for providing transaction security to an end user device. Wontok initiated the interference in an attempt to become a co-owner of the patented technology. The proceeding resulted in a judgment in favor of ANTlabs.

X.Com/The Banquet.  Provided intellectual property counseling and patent portfolio development services in connection with a start-up website directed to extreme sports, including providing content acquisition and licensing agreements for content displayed on the website. The Banquet was subsequently acquired by USA Today.