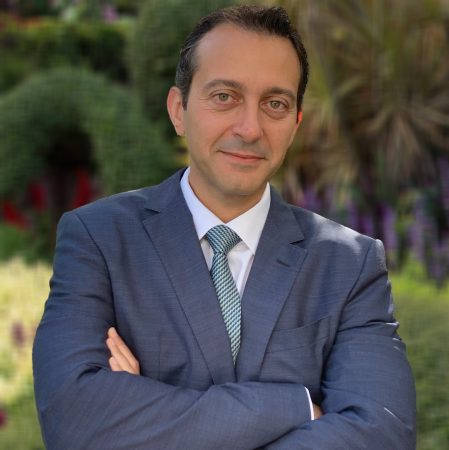 Ehab Samuel has over 16 years of experience in intellectual property law with an emphasis on patent and trademark prosecution, counseling, litigation and licensing as well as copyright, trade secret, false advertising and unfair competition. With a Masters Degree in both Electrical Engineering and Chemical Engineering, Ehab is often relied upon to understand complex technologies and craft winning legal strategies that meet the client’s business objectives.

Ehab has litigated cases in federal trial and appellate courts throughout the country, before the International Trade Commission (ITC), and at the Patent Trial and Appeal Board (PTAB).  Most recently, he represented a gaming company in ten proceedings at the PTAB, where 61% of the client’s patent claims survived the patentability challenges – an exceptional outcome when compared to the PTAB’s average claim survival rate of 25.6%.

As an active bar leader, Ehab has served as President of the Orange County Intellectual Property Law Association (OCIPLA) and has chaired and/or served on several committees at the American Intellectual Property Law Association (AIPLA), including Amicus, Professional Programs, Mid-Winter Institute, Education, New Lawyers, Membership, Nominations and the IP Law Associations Committees.  He is a frequent lecturer at legal education seminars, including at the Association of Corporate Counsel (ACC), the AIPLA, the OCIPLA and the State Bar of California IP Section. Ehab has repeatedly been recognized as a “rising star” and a “super lawyer” in the field of intellectual property.

In the matter of Certain Electronic Devices Having a Retractable USB Connector. Represented Olympus Corp. and Olympus Corp. of the Americas, accused of infringing a patent directed to retractable USB connectors, at the U.S. International Trade Commission. Inv. No. 337-TA-843 (USITC 2012).

Synthes (USA) et al. v. Spinal Kinetics, Inc. Represented Spinal Kinetics in seven cases, in the United States and in Germany, involving patents directed to intervertebral spinal implants, and obtained a jury verdict in the United States of invalidity and noninfringement, which was affirmed by the Federal Circuit, and likewise obtained a favorable noninfringement decision of the German counterpart. Case No. 5:09-CV-01201 RMW (N.D. Cal. 2011-13) and Case No. 2013-1047, -1059 (Fed. Cir. 2013), among others.

Coauthor, “Looking Through an IP Lens at Blockchain and Cryptocurrency,” Firm Newsletter, Sept. 28, 2017.