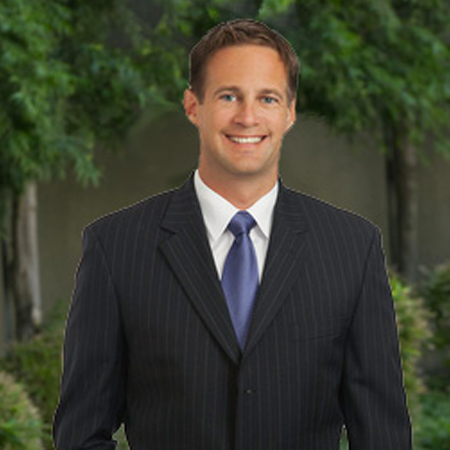 Paul Novak leverages his invaluable experience at Jones Day and Dickstein Shapiro to deliver efficient and effective results for his clients. His practice includes patent and trademark prosecution, patent litigation, anti-counterfeiting and all aspects of counseling clients in intellectual property.

Paul has successfully represented clients in various types of patent and trademark disputes. He has experience litigating intellectual property cases in numerous different jurisdictions, including California and the Eastern District of Texas. Paul has litigated cases against both patent trolls and industry competitors and understands how to successfully manage each type of case to get the best results for his clients. Paul coauthored the winning Brief in Opposition to the U.S. Supreme Court regarding the standard of review for granting a Rule 50 motion to overturn a jury verdict finding a patent not invalid. This resulted in a significant victory for the firm’s client.

In addition to his litigation experience, Paul has a substantial intellectual property prosecution practice, including managing international patent and trademark portfolios for various large companies. Paul has extensive experience in prosecution and has successfully taken patents all the way through the appeal process and managed numerous oppositions and cancellations before the Trademark Trial and Appeals Board.  Paul’s clients span numerous industries including aerospace, telecommunications, sensor systems, toys, consumer products, sporting goods, film, beverage, MEMS, transistor, and fashion. Paul has extensive experience in patent and trademark prosecution and has managed the filings, prosecution, and disputes of patent and trademark applications around the world.

Prior to practicing law, Paul developed a diverse engineering background, which he leverages heavily in his legal practice. Paul’s 10-year career as an engineer began in Lasers and Electo-Optics where he helped develop and build state-of-the-art laser weapon systems. Paul designed and built the electrical power and control systems for the Advance Tactical Laser (ATL). In addition, he worked on the design and builds of various acquisition, tracking, and pointing systems including: a stand-off detection system, a laser communications system, and a system to acquire and track satellites. He developed complex multithreaded software in C, C++ and Visual C++ to run many of his systems. These applications included various types of user interfaces, joystick controls, image recognition applications, and various types of graphical user interfaces along with the back-end software to control the hardware.

During the dot-com boom, Paul transitioned to a small startup company working as an embedded programmer on software designed to run large carrier class routers and switches. His work during this stage of his career gave him the opportunity to understand the inner workings of networking equipment, telecommunications protocols, and the Internet down to the bit level. Paul spent considerable time working with the Linux operating system and all the protocols that form the backbone of carrier class routers.

Finally, Paul spent the last three years of his engineering career in space and defense managing the design, procurement, and build of several antenna systems for various communication and satellite TV providers. The satellites he helped design and build are currently circling the Earth providing cell phone and television coverage to North America.

Paul is a member of the American Bar Association. Paul has also volunteered extensively through The Alliance for Children’s Rights to provide pro bono legal work to the community. Through the Alliance, Paul argued in the California Court of Appeals to try and obtain the right for Temporary Legal Guardians to participate in Dependency Court proceedings involving the children they care for.  He is admitted to practice in the State of California and before the U.S. Patent and Trademark Office.